The programme is available on ITVPlayer for the next 29 days.  Russell didn’t join the ladies for any conversation but sang Without You to close the show.

Russell was on BBC1’s “The One Show” from 7pm having earlier sung Volare while cycling alongside ‘Team Rickshaw‘ before joining in the banter on the live show from outside Balliol College.
Available to watch again on BBC iPlayer  until 21st November 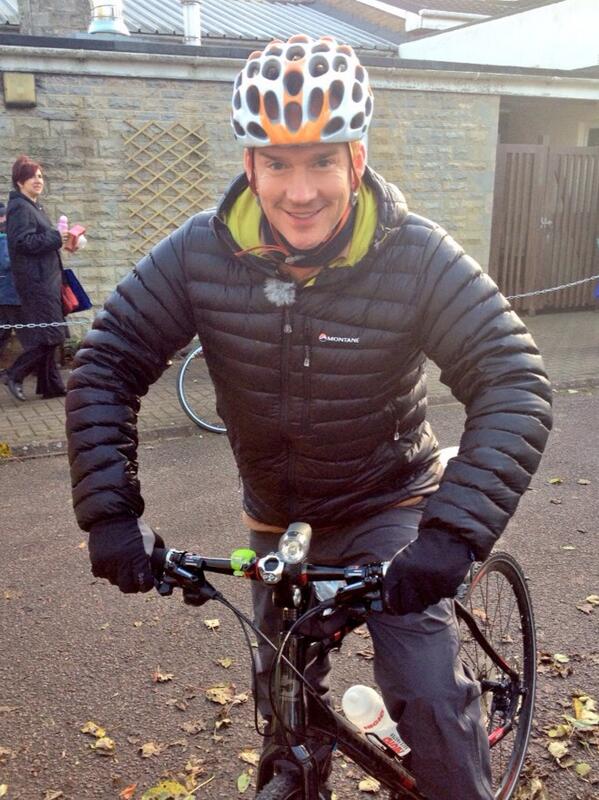 Team Rickshaw ‏@TeamRickshaw
@russellthevoice is ready to join the convoy and give #TeamRickshaw an exclusive concert while on his bike.

It’s ‘album release day’ and we are treated to another beautiful performance of Bring Him Home, again with just piano accompaniment from Rob Emery, after an earlier chat about the album and a brief but timely ‘plug’ for the Katy Holmes Trust concert on 6th December.

Had an amazing night at Cricket St Thomas tonight. There was something special in the air #goodtobealive #blessed #thankyou x

Russell headlined a fabulous evening that featured newcomers The Nocturnes, a four piece vocal harmony group, international showman-musician Gary Lovini, and Jonathan and Charlotte on brilliant form. The evening ended in the traditional manner of flag-waving and singing of ‘Land Of Hope And Glory’… oh, and fireworks!


There are two reviews in the Blackpool Gazette; the first, by Gareth Vickers, has a little video clip while the second has a “singing shot” picture to accompany the report.

There’s a great ‘behind the scenes’ video report by ‘Blackpool Channel TV‘ that gives an insight into the production of the event and includes interviews with Gary Lovini and Jonathan and Charlotte but, unfortunately, not with Russell.  It’s well worth a look, though.

There are three pages of photos on Mark Liebenberg’s Flickr album that are also well worth a look (we even spotted a few Russellers in the crowd).

13th July  :  The One Show  :  BBC1
Russell chatted with Chris Evans and Alex Jones towards the end of this special outside broadcast from the grounds of Buckingham Palace.

16th June  :  BBC Radio London  :
In the last half-hour of the programme Russell chatted with Kate Garraway, sitting in for Jeni Barnett, about Father’s Day and the forthcoming Hampton Court Palace Festival concert.

9th June  :  Songs Of Praise  –  Hymns For All Reasons  :  BBC1
In an edited compilation of previous programmes Russell talked to Pam Rhodes about faith and his recovery from illness, and then sang ‘Abide With Me’. (Taken from the episode ‘Russell Watson’s Salford’).

25th April :  A Salute To Vienna  :  Wiener Konzerthaus, Vienna, Austria
The “A Salute To Vienna” concert was recorded for transmission by US broadcaster PBS and a ‘multi-region’ DVD, including Russell’s performance,  is now  available to order  by email or telephone only, not via their online shop until October.  Russell was reportedly “magical” and “sang ‘The Student Prince’ (Romberg) & ‘The Land of Smiles’ (Lehar) and raised the roof!”

9th March :  The Butterfly Ball  in aid of The Prince’s Trust  : The Dunkenhalgh Hotel