Over £130,000 raised for Age UK’s work to alleviate loneliness.  Highlights of the concert were broadcast on their own radio station, The Wireless, from 6pm Christmas Eve and repeated from 1pm Christmas Day.

A special recording of Panis Angelicus made by Russell at Derby Cathedral when he  was there recently for his own ‘Candlelight Christmas’ concert was  played to  the congregation at Radio Derby’s Carol Concert being held in the same cathedral. Listen to Russell and Andy Potter from 18 minutes 40 seconds on Radio Derby.

The concert will be aired by BBC Radio Derby from 6pm Christmas Eve and repeated from noon on Christmas Day. 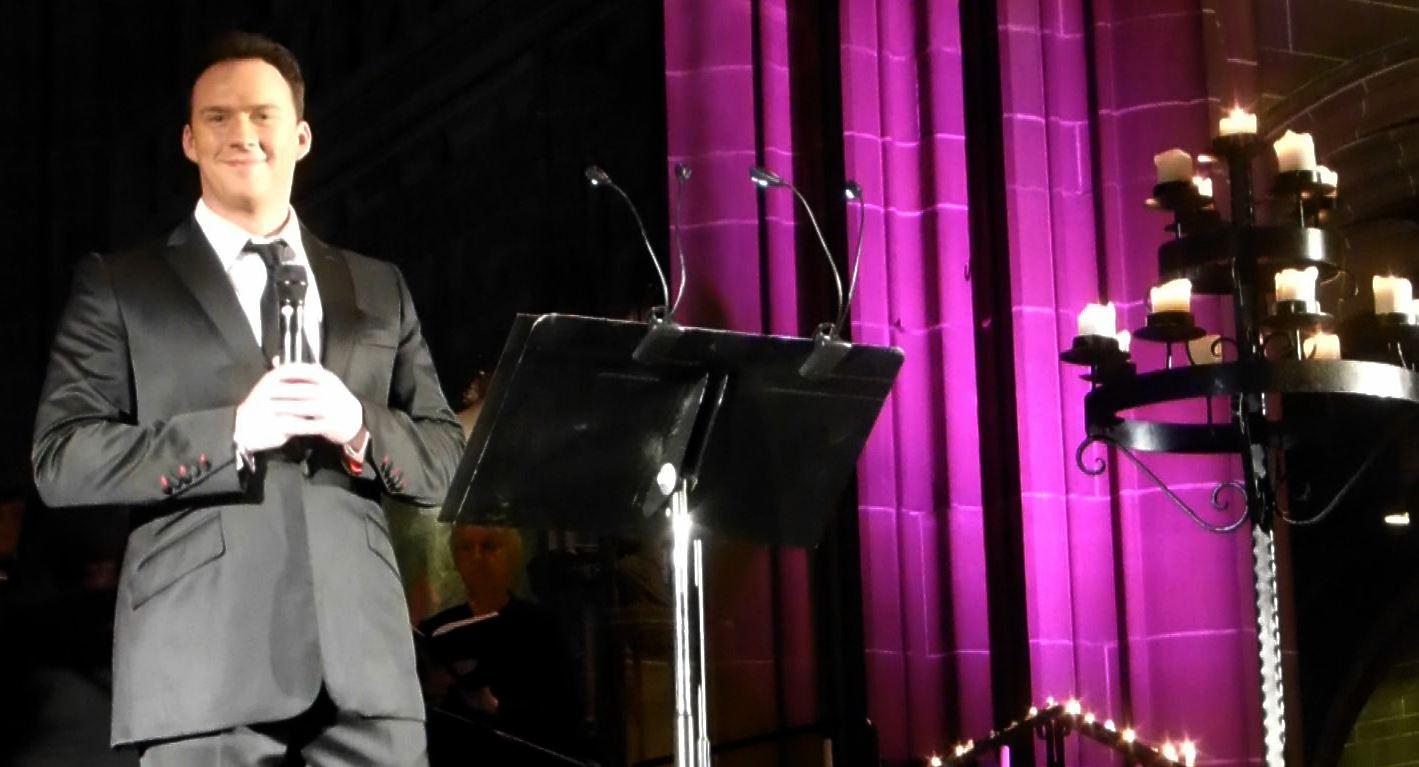 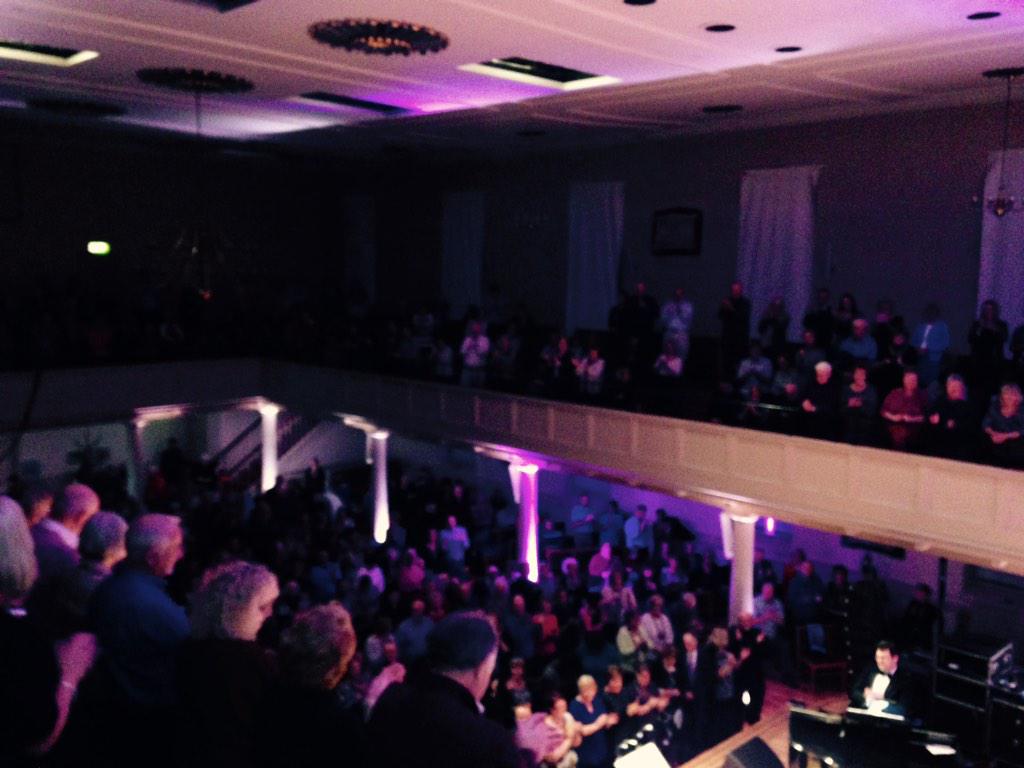 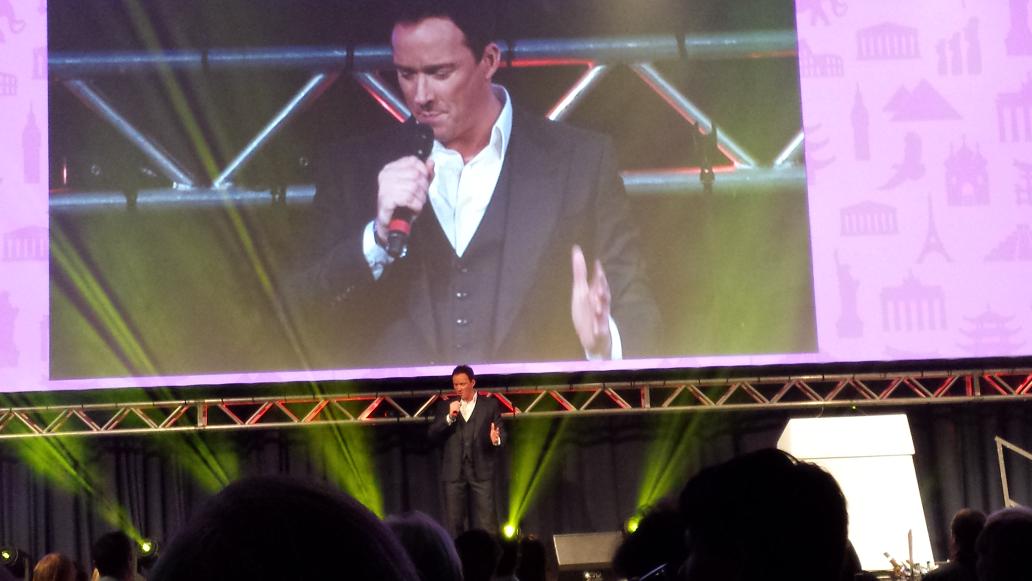 On the big screen for Swing Low : Picture via @RJMarden on Twitter

You can watch the programme on Channel 4’s website until 12th December.:

Some £45,000 has been raised (so far) towards the Trust’s continuing work with young people… a great result.  Read the Trust’s own report on the event.

Edward Rugman  takes up the mantle of pianist / Musical Director while Rob Emery is otherwise engaged.  We expect to see more of Edward on the “Candlelight Christmas” tour.
. 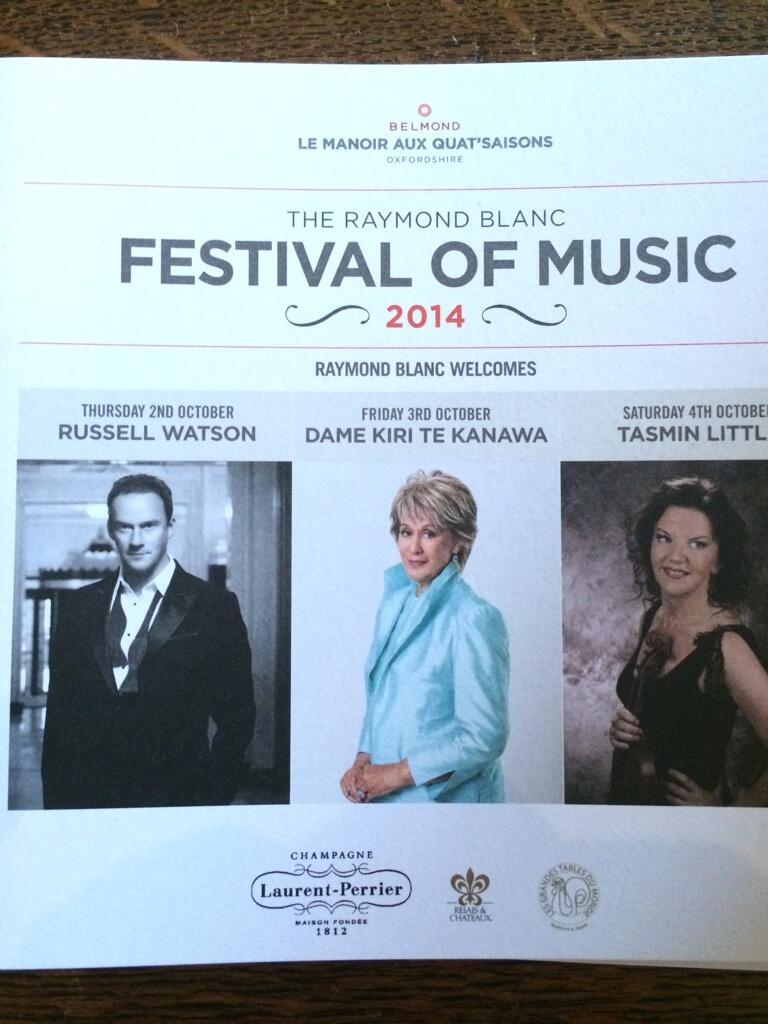 Over £25,000 raised.  Brilliant.  Pictures from the concert are on Cornerstone (Scotland)’s Facebook page.

Russell has added a video of  Flower Of Scotland  to his own Official Facebook page.

Russell is an Ambassador for the charity Armonico Consort and recently supported 600+ young singers of their AC Academy Youth Choir at Birmingham Symphony Hall.  There’s a gallery of pictures from both the afternoon rehearsals and the evening performance on Classic FM‘s web page.

Russell took a few moments during rehearsal to talk to BBC Midlands Today for their evening news programme.

Please see our post of 15th July for more…

A repeat showing of October’s broadcast where Russell sings How Great Thou Art.
The whole programme is now available to watch for the next seven days on BBC iPlayer or you can watch just Russell’s passionate performance in this clip  from the BBC website at any time.

Russell headlined York City Council’s ‘Grande DéParty‘ concert at Huntington Stadium on Friday 4th July as part of the city’s festivities to celebrate their hosting the start of the Tour de France’s ‘Stage 2’ from York to Sheffield the following morning.  Russell gave them a rousing finish as can be seen in the video kindly shared by BigTV Ltd, the providers of the big screens at the event.

Russell sang a short set, including the HomeGround Anthem, to promote that charity CD at the International Mersey River Festival using the Tall Ship ‘Mercedes’ as his floating stage at Hartley Quay, part of the Albert Dock complex just south of the Pier Head and the “Three Graces” of Liverpool’s famous skyline. 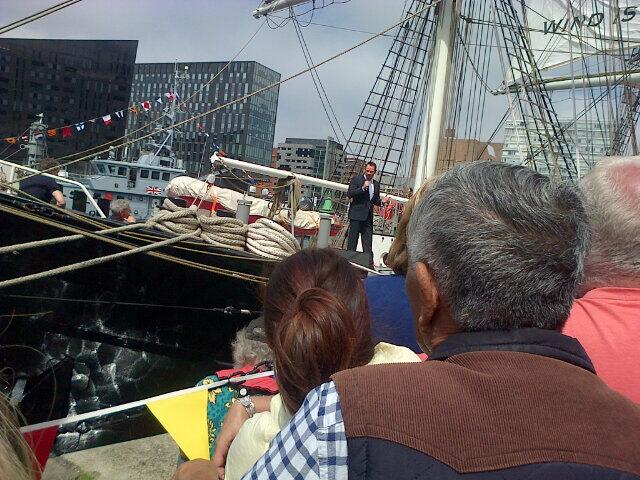 You can read more about it in our post.

Russell’s fantastic concert, live at the Royal Albert Hall in 2011, was recorded for DVD and Sky Arts 2 (Channel 130) showed it several times over the Easter break.  Its broadcast drew much favourable comment via Twitter, etc.

The DVD is still available to buy from such as Amazon.co.uk.

Alternatively, if you are on Facebook, you can download a copy directly from Russell’s Official Page.  Go to the “Watch Now” App on the left-hand side of the page  (three arrowheads – red, green and blue) and choose to watch a trailer (red arrow), download the concert video to ‘rent’ for one month (green arrow) or buy outright (blue arrow).

Thanks to ‘Jenny H’ and ‘Margchris’ for the YouTube video.

Several superb pictures have been posted on Twitter by Sharon (@the_shazzie_one)

Russell and Jonathan Antoine at Nottingham : Sharon Moore via Twitter

Alex Belfield has posted a review of tonight’s concert on his “Celebrity Radio” page along with a great audio interview with Russell from Nottingham that is split into two parts as YouTube recordings.

Russell wears his famous leather coat for “Faith Of The Heart”