According to an ever-so-slightly speculative post by Katie Timms for the Plymouth Live website there’s a chance that we might be able to look forward to seeing Russell back in company with Aled Jones in a future episode of BBC’s Songs Of Praise.

No firm date yet … just a possibility of mid-September … so keep an eye on the BBC 1 TV schedule.

Apologies if anyone else watched the BBC1 coverage of the FA Cup Final and felt the same disappointment as us in not seeing Russell and Mike Moran at some point.  It seems they were only shown on the BBC Sport channel, performing ‘Abide With Me’ in Russell’s home just ahead of the kick-off while BBC 1 featured Emile Sande singing the same song at that same point in the broadcast.

Russell appears right at the start of a BBC “Watchalong” programme.
This is on BBC iPlayer so it may not be visible outside the UK and may expire after 28 days.  Click  here  to  watch until the end of this month. 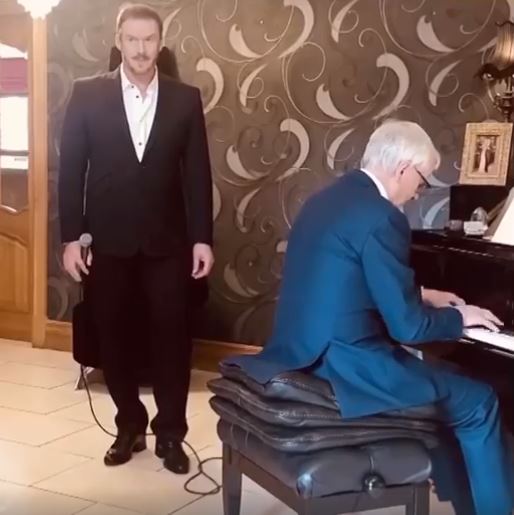