Russell was pleased to support the Dame Vera Lynn 100 celebratory concert at the London Palladium a couple of weeks ago, in the presence of HM The Queen, to honour Dame Vera just ahead of her 100th birthday. All the proceeds from that event are going to Dame Vera’s own children’s charity for youngsters with cerebral palsy.   There are some programmes and posters left over from the night and these are now being sold by the show’s producers, again with all proceeds going to the charity.

Either can be bought directly from the producers by sending them a Message via the event’s Facebook Page.

Alternatively, it’s possible to buy copies of the programme via ebay.

Just for information, for those of you who subscribe to MUTV, Manchester United FC’s own TV channel via Sky or Virgin Media, Russell is shown as featuring on their “Celebrity Reds” programme on Thursday 20th April.

Nonstop Promotions’ behind-the-scenes feature, filmed at Manchester’s Bridgewater Hall, is posted on the “This Morning” website.  It’s only available within the UK and you’ll need to have the latest update to Adobe Flash Player.

Russell’s own tribute to Dame Vera Lynn, just ahead of her 100th birthday on Monday, is a video on his YouTube Channel. Love it … 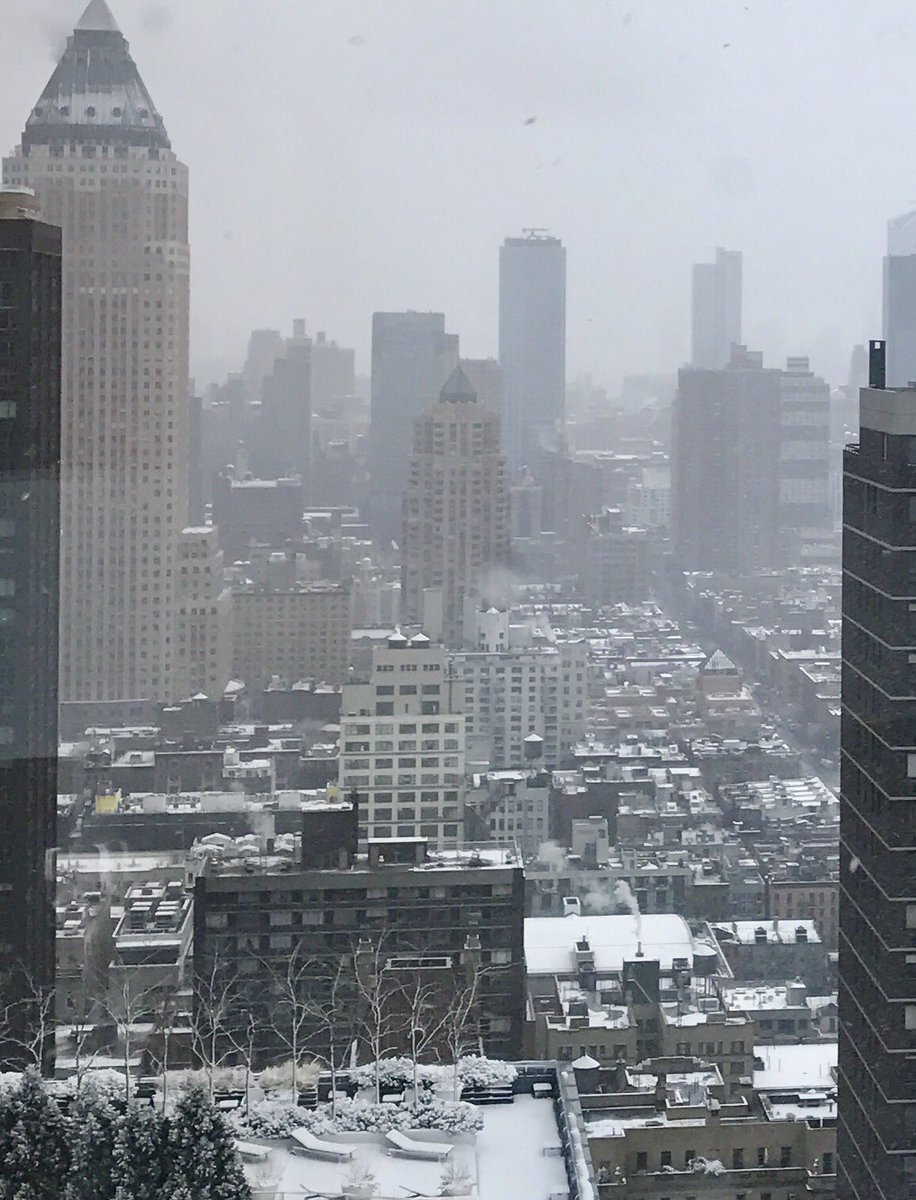 A snowy day in NYC

Supported once again by Gregory Darling, Russell presents a showcase in the Sprite Lounge of Chicago radio station 93.9 MY FM.  Thanks to Robin Rock for the brief video clip and to the station for the pictures via Twitter … 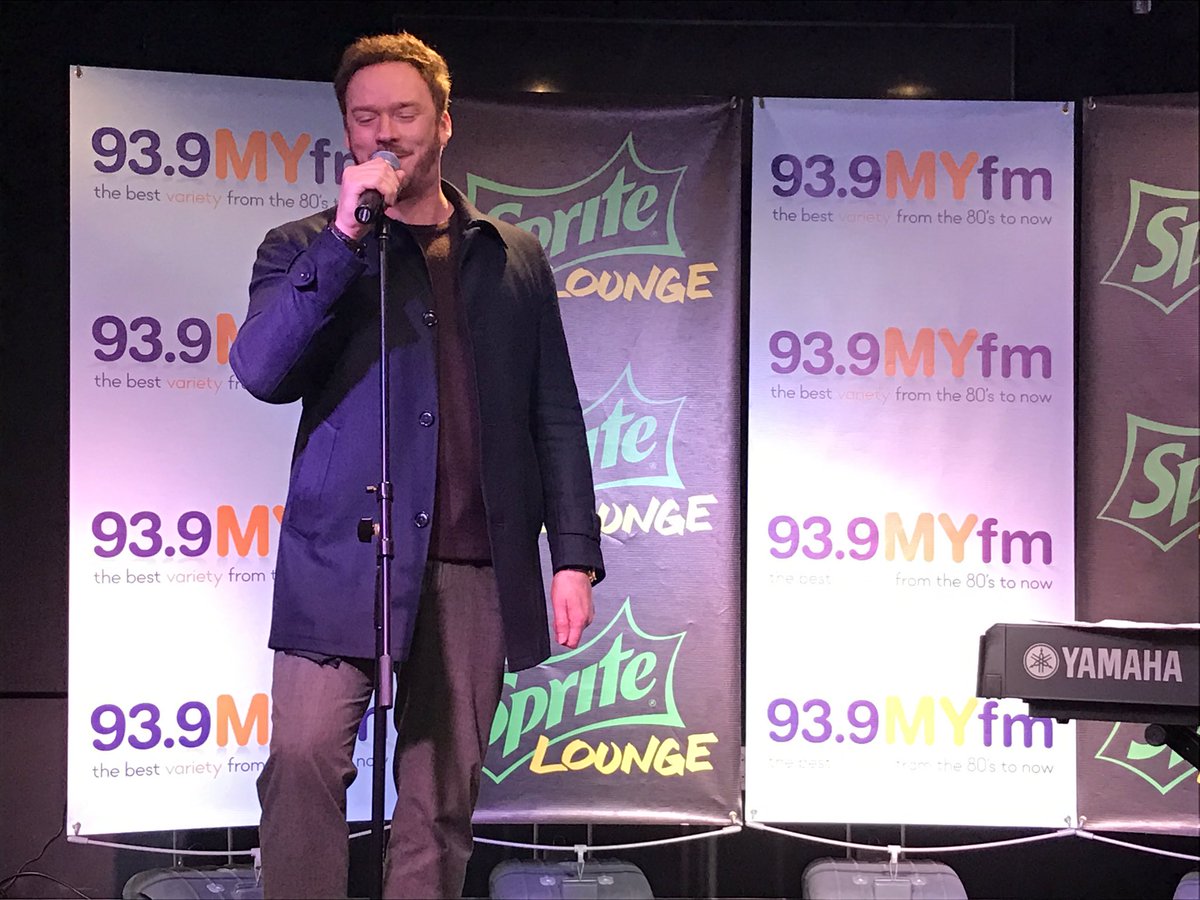 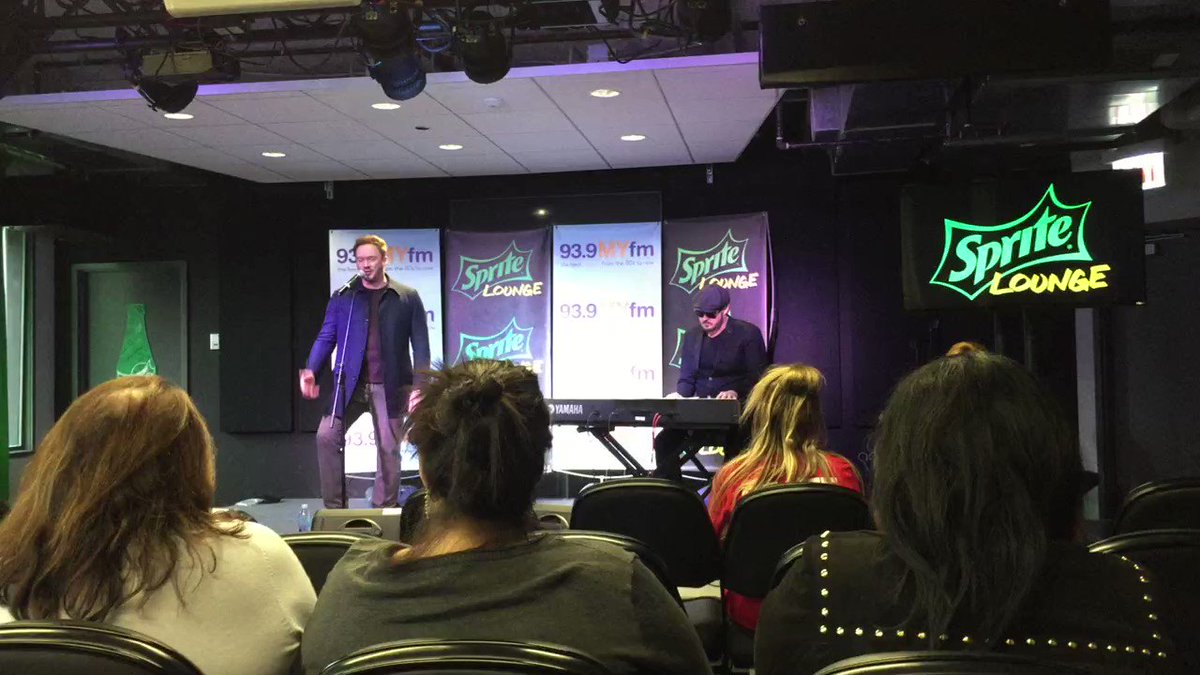 Had to sneak out of the studio to see Russell Watson in our Sprite Lounge. Wow! 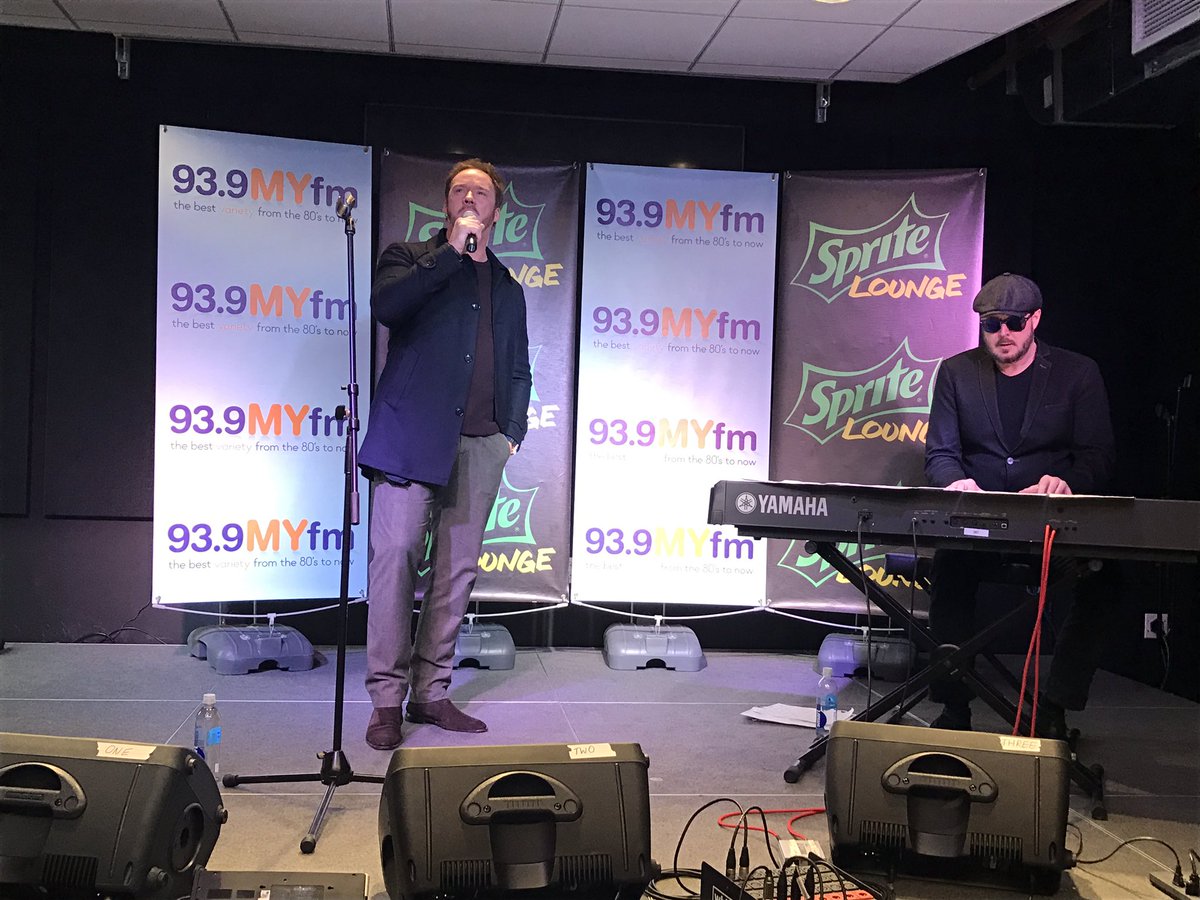 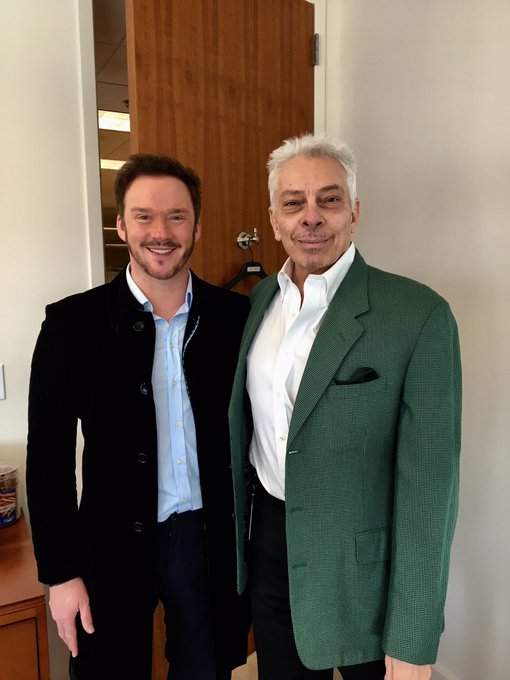 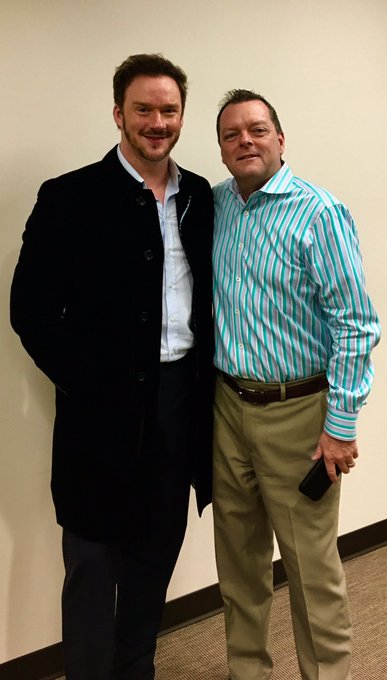 Atlanta, Georgia, is the home of Cumulus Media … owner of the largest radio station network in the United States!

And then he’s off, swapping the rain of Atlanta for the ‘windy city’ of Chicago … 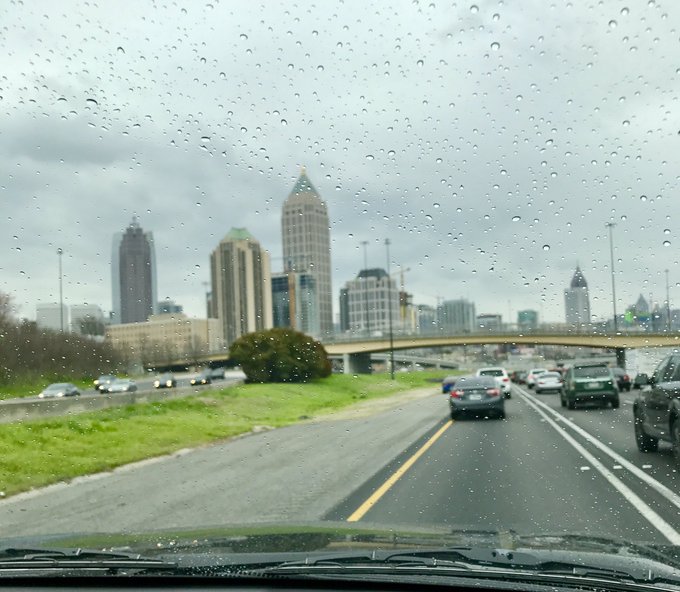 Goodbye Atlanta…. had a great time at cumulus media. Chicago here we come !! Next stop @WSHEChicago

Back in January, Russell was a guest of Spencer Leigh on BBC Radio Merseyside’s “On The Beat” programme, on the day that The King of Rock ‘n Roll, Elvis Presley, would have been 82 years old and discussed whether or not Elvis ever sang out of tune.  The short answer appeared to be no, but sometimes the instruments were!   Spencer is a prolific author of titles on the music of decades past and his latest book, ‘Elvis Presley : Caught In A Trap’ is due for release in August to coincide with the 40th anniversary of Elvis’ passing.   Russell has written the foreword to the book which promises to be a revealing insight into Elvis’ career.

Available from  Amazon.com  as well as  Amazon.co.uk.

Fan photos wanted!   Russell invites fans to email him photos of themselves with him for possible use in the next UK Tour’s Souvenir Programme.

If the picture is used, there’ll be a free, signed copy of the programme for the fan!   Send him your photo by email to  fan@lavocetouring.com

Russell and Louise are pictured in the “Escape Lounge” at Manchester Airport’s international terminal and, later, Louise and Hayley post photos to Twitter of Camogli, on the Italian Riviera, slightly east of Genoa, where they are allegedly engaged in ‘business meetings’ … 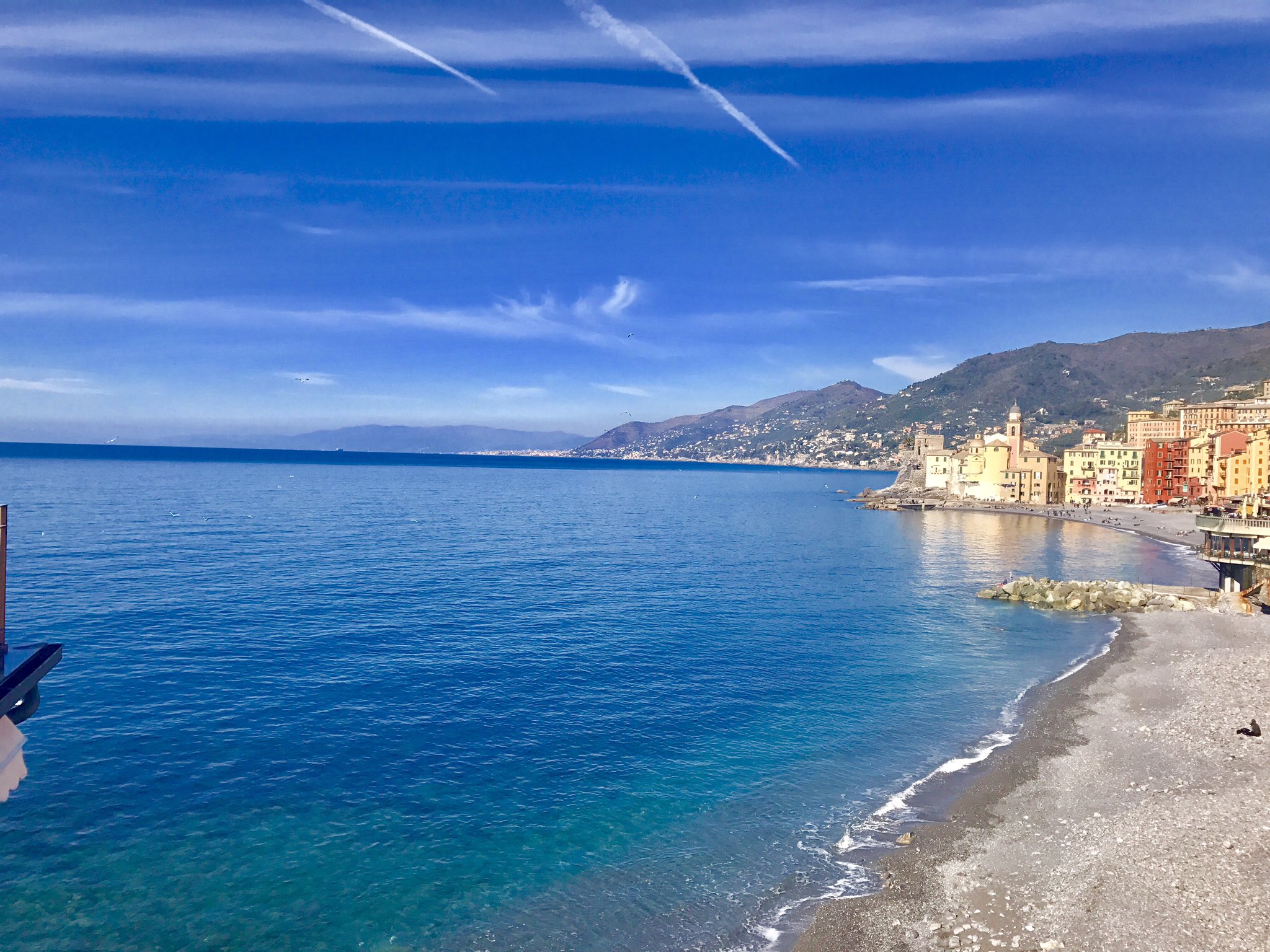 Being Thursday provides an opportunity for Russell to post a “Throwback Thursday” Interview, from March last year in the Sunday Post, of his “10 Most Memorable Moments”

Russell shares his 10 most memorable moments

RUSSELL WATSON is one of the world’s most popular classical singers.

Russell wishes the Royal Navy and Royal Marines Charity a happy 10th birthday via a Twitter video.  Their fund-raising campaign is a Tenner For Our Tenth. 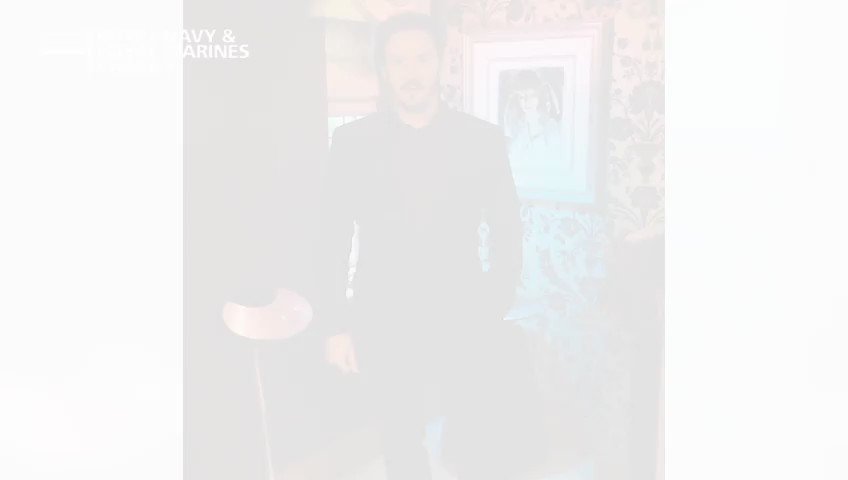 Russell announces four concerts to be staged in June in Canada and the United States :

More information on Russell’s website and our Forthcoming Appearances page.

Raymond Gubbay’s presentation of Russell with a full orchestra – the Manchester Concert Orchestra – at Bridgewater Hall is a great success. 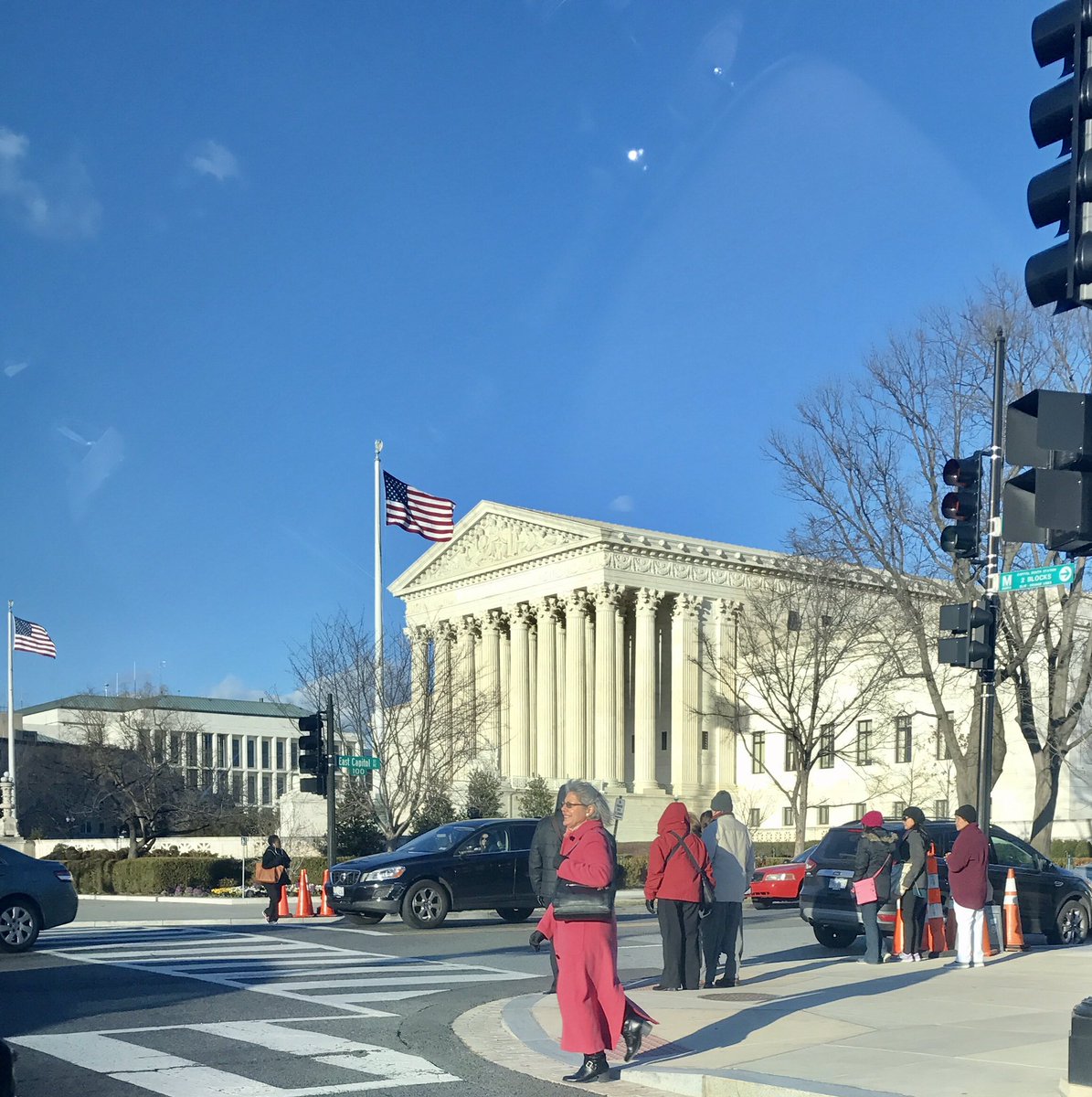 Jerry Colbert was founder and executive producer of PBS’ National Memorial Day Concert and A Capitol Fourth, the award-winning programmes broadcast live from the West Lawn of the U.S Capitol.  Mr Colbert passed away early in January.  Russell had been a special guest artist at both events in the past.

Russell was a guest of ITV’s Loose Women on their St. Valentine’s Day show and, after playing postman to  deliver the ladies’ Valentine cards, he later serenaded them with a fabulous a cappella  ‘Torna A Surriento.’ 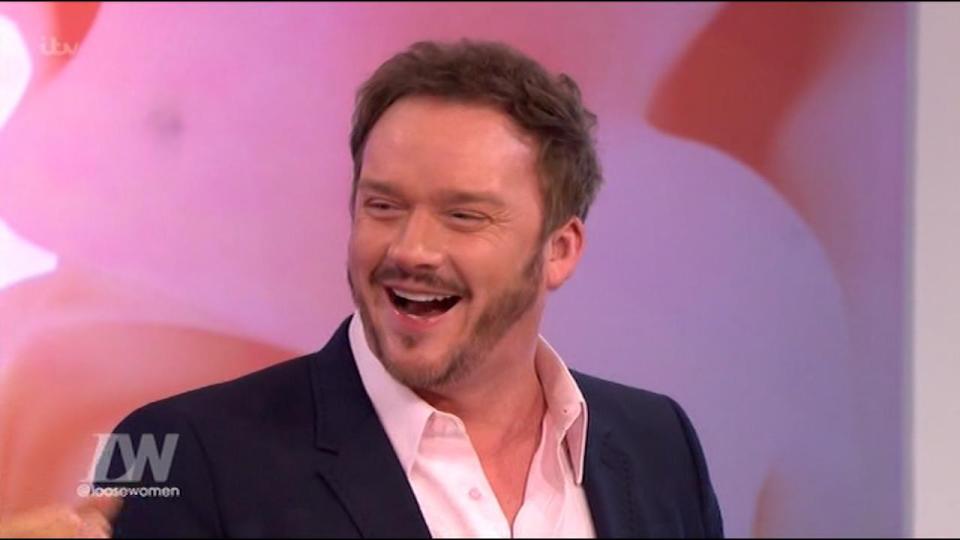 The Sun newspaper has posted a clip of that brilliant impromptu performance in an article, here.

Watch the full programme on the ITV Hub (UK only for the next 7 days) as Russell delivers the ladies’ cards and returns after the first advertisement break for a chat about his health, his latest album and an ever-so-brief mention of flying off to Washington this afternoon for “a memorial.“

Russell is due to appear on ITV’s “Loose Women” tomorrow, Tuesday 14th February, in the Valentine’s Day edition that airs from 12.30pm

Russell put in an appearance on subscription-only MUTV (Manchester United Football Club’s own TV channel) with David May and Helen Evans, hosts of Thursday Focus … 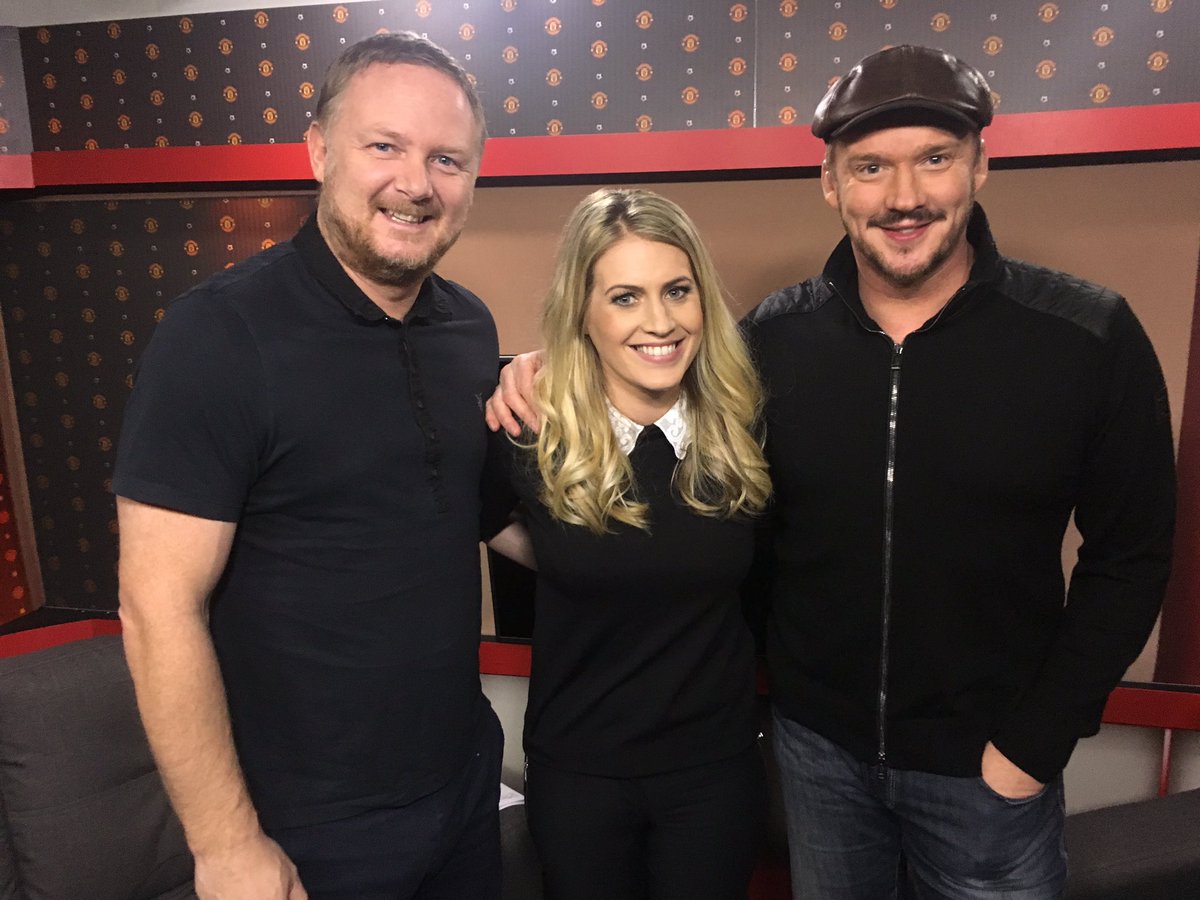 The first order of business was to catch up on what Russell had been doing since his last appearance on Thursday Focus some two years ago followed by analysing and commenting on United’s most recent match (against the other famous ‘red’ team, old rivals Liverpool). He took a turn at the darts game they call the “Red Arrows Challenge”, the objective being to hit as many of the red parts of the board as possible in one minute … not at all easy when the hosts are still firing questions!

The 19 in the picture is a countdown clock, not his score, but even with a score of 2 Russell still managed to join the leader-board in joint 2nd place.

Due for release in late March, this Region 0 (region free) DVD is available to pre-order now from Amazon or Classic Films Direct.

While the subject matter dates back to July 2015 and the video was posted some months ago, this documentary on the production of the “Caracalla For UNICEF” concert has only just been ‘discovered’ by our antipodean Russellers.  If you recall, the concert in Rome was promoted ostensibly as a fund-raiser for UNICEF’s work with children in Nepal where there had been a devastating earthquake.

Narrated by Carly Paoli who hosted the concert, there are clips of each of the international stars throughout the video with several of Russell (and a brief one of Ed) both on and off stage.  A very well put together mini-documentary but a DVD of the concert would be better.

Russell will debut at Potters Resort, Norfolk, on Sunday 21st May and the January edition of their ‘Life On Resort’ newspaper features Russell throughout …

But there has to be time for rest and relaxation, so it’s off to the hills and glens and lochs … 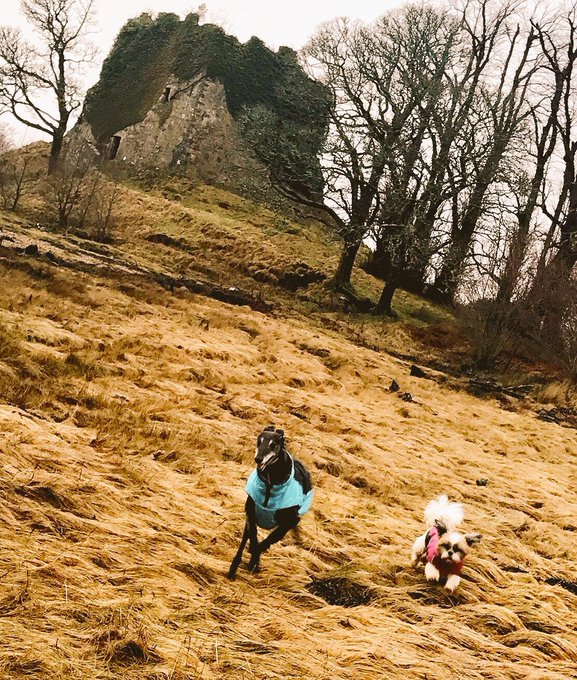 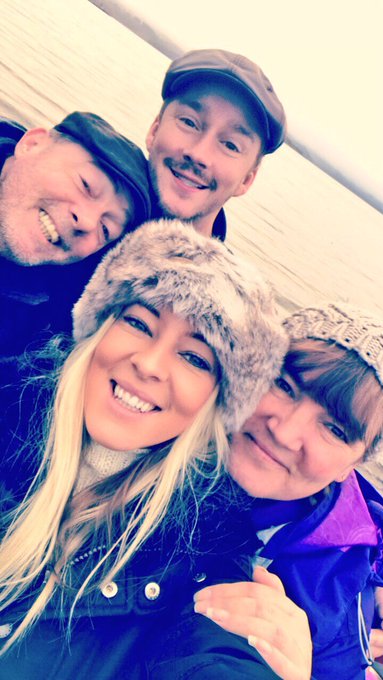 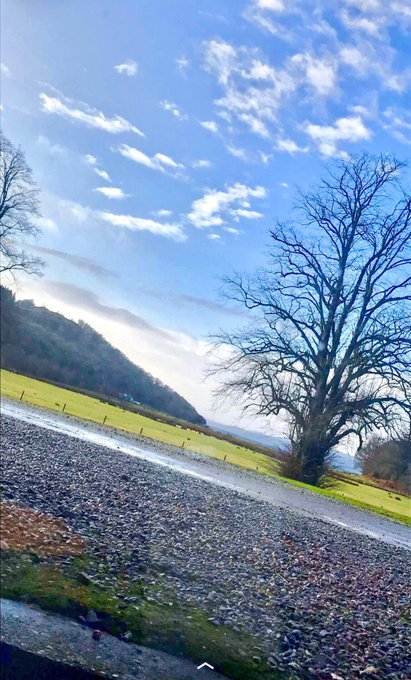 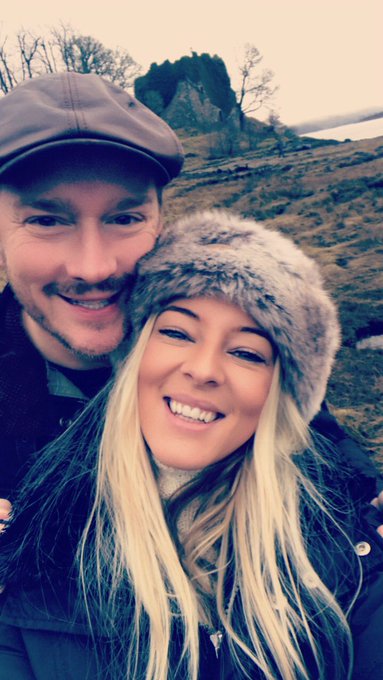 One of our favourite places on the planet, bonnie Scotland #livelovelaugh

A sneak peek at the US Radio Airplays Chart shows that while Russell’s Do You Hear What I Hear has dropped out of the chart after Christmas, Sometimes Love Just Ain’t Enough has dramatically bounced back into the Top 40, up from #88 to #39 in just this past week.  What a great start to the year! 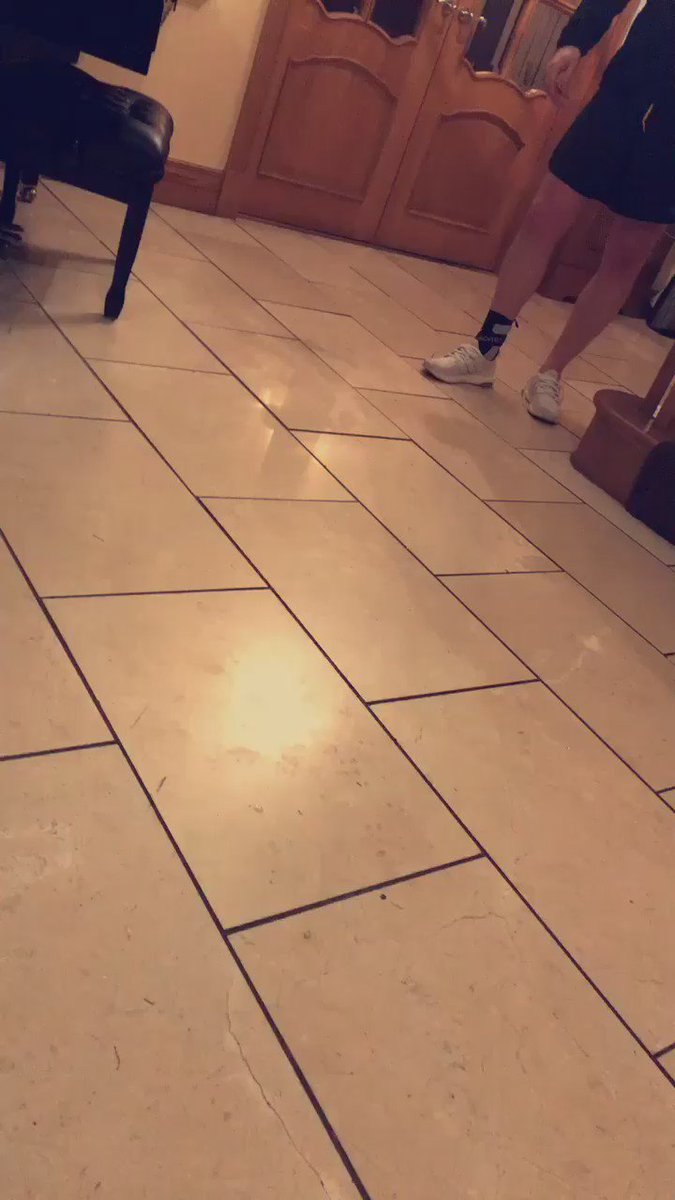 @russellthevoice Firing on all cylinders !!!