Russell and Esther Rantzen shared a couch on ITV’s ‘Daybreak’ programme to publicise the work of the ‘Childline’ charity that Esther started 25 years ago.

Esther had contacted Russell to seek his support in raising funds for the charity and he said he was happy help; being a dad to two girls, he felt that they could always approach him with any problems but realised that not every child was in such a fortunate position. 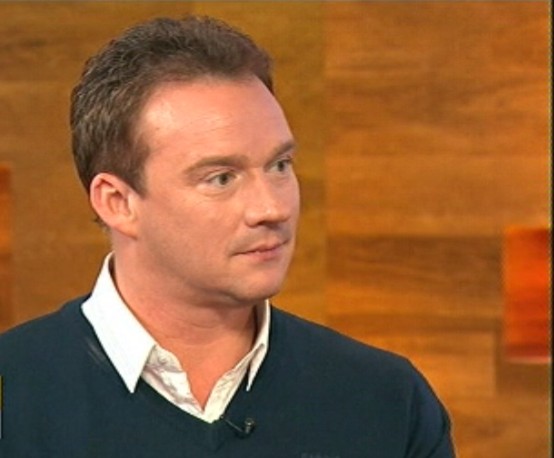 Esther explained that there was a constant need for funds because even though the helplines are staffed by volunteers, all the calls to the help centres that are free of charge to make still need to be paid for by the charity.

Russell and Esther talked about the forthcoming fundraising concert at Southport Theatre on Saturday 17th March where Russell will be the leading artist and about a new book, Running Out Of Tears, telling some of the stories of children, now grown up, who have been helped by ‘Childline’.

Apparently there are still tickets available for the concert on Saturday.  See here for more information.

If you missed seeing the programme, it’s available on  ITV Player  for the next seven days.

Russell and Esther were the final two guests and were on right at the end of the programme, so you can ‘scroll’ past most of the rest, if you want.

Russell Tweeted a really good photo of them together, saying, “What a lovely lady Esther is – hoping to raise lots for childline this weekend in Southport x“

“Saw you on Daybreak, looking good, you always make me  think of a cheeky  schoolboy, you have that look about you.  LLAP x”

“Good for you Russell.  I’m having a nightmare finding a headliner for my NSPCC concert in Blackpool on May 20th :o/”

“Great interview on Daybreak this am.  Hope you raise lots of money for Childline concert this weekend.”

“Lovely to see you looking so well (I thought the girls had hidden your razor). Good Luck with the fund raising x”