Russell had been noticeably ‘off-Tweet’ last week and it’s now become evident that he and the lovely Laura Wright had been to China to sing at the prestigious launch of the new BMW 7 Series  in Beijing.

The Chinese website   AutoHome.com.cn  has a report with a few nice pictures. 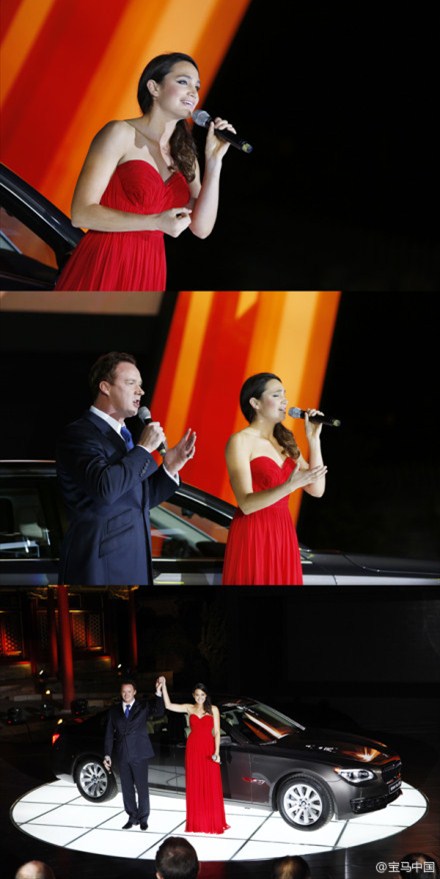 You get their drift, though, and you can see the full AutoHome article in its original form  here.  Here’s a link to the  Google  translation  and another to the translation by Microsoft’s ‘Bing‘ (they take a moment or two to load).