In this year of 2020 Russell is celebrating twenty years as a recording artist and we list all the public performances that we know about over on the Appearances page.

Russell is proposing another ‘live chat’ session on Facebook this coming Friday.

He says he’ll sing the song that is most requested!

Respond directly to HIS Facebook Page or Twitter notice, please, not on here ‘cos he won’t see it here. 🎼🙃

Llangollen International Eisteddfod has been postponed for a year  so we shan’t be seeing Russell and Aled there for a while.

`
Thanks to Russell, Louise and whoever was holding the camera!

Russell Watson will be on Facebook LIVE tomorrow at 1pm! 🙌🏼 pic.twitter.com/9S8kcP1OqL

Russell is expected to be ‘Live Streaming’ on Facebook tomorrow from 1.00 pm!

Several shows were to be afternoon performances but as no times have been given for the new dates it is not yet clear whether this will remain the case or if they will become evening shows.

We’ll update again as soon as we know.

Government advice is being updated frequently as the UK’s reaction to the current epidemic unfolds.

Please see the  Appearances  page for the latest information we have on postponements or cancellations.

A MESSAGE FROM RUSSELL   …

Russell and Aled Jones were back together for a performance at the Global Awards 2020, held last night at London’s Eventim Apollo Theatre and streamed live (not broadcast) over the internet (with varying degrees of success) and with clips being made available afterwards.  Thanks to Classic FM for the two clips below.

Russell’s first public event of the new decade was at the recently opened Crow Wood Hotel & Spa Resort on the edge of Burnley on Friday 28th February.

`
A fabulous evening … great food followed by Russell on top form, tears and laughter … everyone on their feet.

Thanks to Marina Blore for sharing the video.

Jim White’s two-page feature in the printed edition of  Event magazine under the heading “Why Russell Watson told his doctor he wanted to die” is also available to read online with additional video clips.

It wasn’t an occasion for Russell to sing but he did, apparently, present prizes and make a speech (unfortunately we don’t have details).

Several pictures have been posted to social media and it does look as if a great time was had despite the awful weather outside.

Russell has been on BBC local radio stations recently.  Two that we know of are Radio Derby with Steve Jordan and BBC Three Counties with Nick Coffer, the latter being particularly enjoyable and all the more so if you’re a fan of The Masked Singer!

In this all too brief clip, recently re-discovered on YouTube by Italian super-fan Simonetta, Russell can be seen and heard in the role of (we believe) ‘Dandini’ in the pantomime ‘Cinderalla’ at the Alhambra Theatre in Bradford in 1997.

Russell and Aled Jones get together once again, this time at Hay Festival in Powys, Wales, on the Baillie Gifford Stage from 8.00 pm to 9.45 pm on Thursday 21st May 2020.+

Six new #HayFestival2020 early birds are OUT NOW and on general sale this Monday https://t.co/vn9AQcuZLt pic.twitter.com/j3X6TTvkZQ

Phase Two of  voting   in the Global Awards 2020 has now closed but here’s what was said earlier.  We await the result and hope that .

Happily, Russell won through Phase 1 voting and now, in Phase 2, competes with just four others for the title of “Best Classical Artist”.

“The public vote reopens today, and the winners will be crowned in front of stars and fans of music, news and entertainment alike on Thursday March 5th 2020.”

This will be at the Hammersmith Apollo Theatre.. 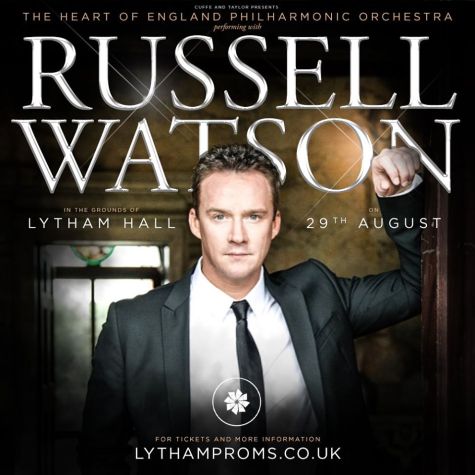 Lytham Proms is a new (currently one-night) event to be held at Lytham Hall, separately from the five-night Lytham Festival, but hosted by the same good folks.  Russell is to be their first headline artist on Saturday 29th August.

From Lytham Hall’s web page, “A brand new Lytham Proms concert is being launched for 2020 with ALL money raised being gifted to historic Lytham Hall.  Lytham Festival organisers Cuffe and Taylor have decided to move their traditional Proms finale from Lytham Green to the picturesque parkland of Lytham Hall.  The move marks the start of a new era for Lytham Proms and promises to bring all the pomp and circumstance of a traditional picnic proms event.“

Sainsbury’s magazine (online) is offering up to five opportunities to win tickets to see Russell in concert during his Spring Tour.

If you might be interested in reading more, or entering the draw, please visit the “Sainsbury’s magazine” web page before entries close at 11.59 pm on 29th February.

Announced earlier this afternoon … Russell is to headline on the opening evening of the weekend of events at Hale Barns Carnival to be held on St Ambrose Playing Fields, Wicker Lane, Hale, Cheshire on the evening of Friday 17th July 2020.

Not only are Russell and  Aled Jones shortlisted for an award at this year’s Global Awards at Hammersmith’s  Eventim Apollo Theatre  on Thursday 5th March 2020 but they are to perform at that event as well.


+
You can help to boost their chances of winning by voting for them in the first round which ends on Sunday 2nd February.  Please do cast your vote(s) in good time, though.

Go to : https://vote.global.com to vote

You can vote more than once (but not in bulk) and in more than one category if you want to.

The Mirror (online) has reprised the story of the Russell-and-Aled partnership as though it is something fresh but it’s still worth a read and there’s just a hint at the possibility of a new album.

Got stuck in a jam on the M3 and was late to meet these guys – but they were total gentlemen… and very funny. Thank… twitter.com/i/web/status/1…—
Siobhan McNally (@mcnally_siobhan) January 22, 2020

Just added to the list of performances at Warner Leisure Hotels‘ most recently opened venue is Russell at Studley Castle … one evening (most likely the Saturday) over the weekend of Friday 13th November 2020.  Booking  is open now. 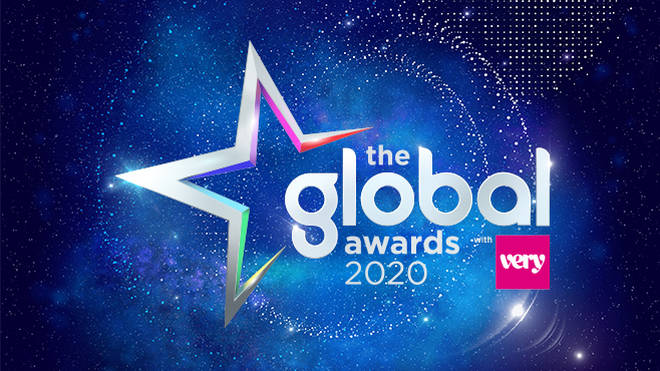 There are several categories in The Global Awards 2020 and Russell is a nominee for the “Best Classical Artist” award.

You can read about the awards by following this link to the ClassicFM.com site.

Please note that you can vote in each category, not just for one artist alone and, it seems, you can vote more than once … up to five … yes FIVE … times.

Congratulations to Russel Watson, his debut album from the year 2000, 'The Voice', has just been revealed as the biggest-selling classical release of the past 20 years in the Classic FM Chart of the Century! 🎉 @russellthevoice pic.twitter.com/XmzkuMC1gk