Probably not intended but Russell and Aled Jones are neck-and-neck in the  Official Classical Artist Albums Chart  tonight as Russell’s “20” regains its upward momentum and Aled’s “Blessings” slips one place.

Tonight Hollie Arnold MBE left the castle but not before Russell had treated them all to some scales and a quick but utterly fantastic few bars of Nessun Dorma.

The campmates faces while Russell performs #NessunDorma 😮🥰 His biggest crowd since lockdown ! Such an emotional episode 😭💗#TeamRussell #ImACeleb pic.twitter.com/NK2F6e4Qyd

To win rewards for the whole crew, Russell has to convince them that he’s seen a ghost …

Russell chipped a tooth but he and Ruthie brought home the “bacon” for suppers.

Every cloud has a silver lining.

The Hello! magazine article is available to buy in digital format from outlets such as Zinio.

Russell and Louise are featured … with several superb new pictures … over pages 6 to 12.

Russell is featured in the latest edition of  Music Week  magazine.

According to Russell’s own Instagram account, he and Louise are featured in this coming week’s HELLO! magazine with an exclusive interview and photo shoot.

“20” stays at # 1 for a second week on the Official Chart Company’s Classical Artist Albums Chart.

The latest revision for Russell’s concert at Buxton Opera House, where he filmed his advertisement  for the album “20”,  has been given as Sunday 31st October 2021 … All Hallows Eve … with a 3.00 pm start.. 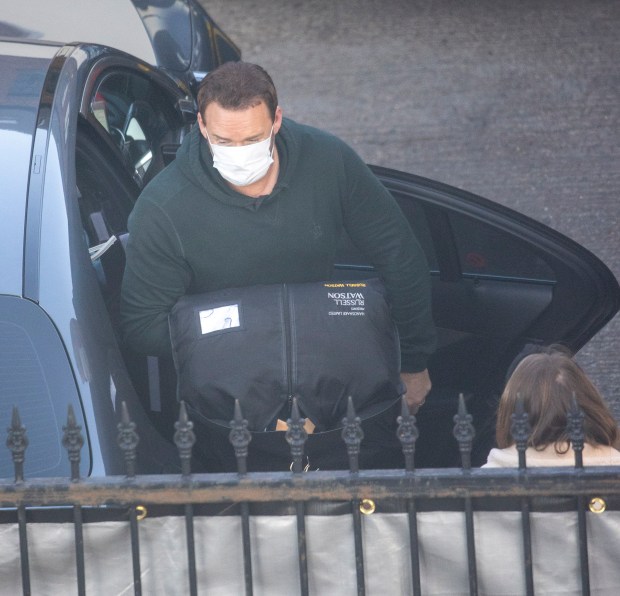 `
Russell on the radio …@RussellTheVoice Watson on @BBCRadioUlster with Kerry McLean this coming Sunday. 🎼🎧🙃
https://t.co/U5bSXzziJs

`
We'll be aiming to listen to @BBCRadioManc on Monday when Mike Sweeney should be talking with @RussellTheVoice about his new album "20" that's due out on 23rd October.
+https://t.co/KmzjXHo5ZU

For previous months’ News, click each month from the Latest News tab above,